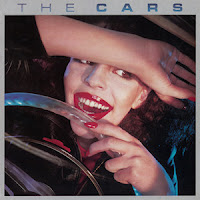 Ric Ocasek singer, guitarist, songwriter, and record producer, best known for his band The Cars, died September 15, 2019. He was a multi-talented guy, and many of the songs he wrote were big hits. More importantly, they were great songs - then and still relevant decades later. I didn't know him personally, but I ran into him once - literally. He also unwittingly helped me have a successful gig.

Sometime during the winter of 1982 or '83, I was headed to one of my favorite guitar/music stores: EU Wurlitzer on Newbury Street in Boston. It was a cold, windy day, and I was walking hunched over with my chin in my chest and my shoulders arched trying to ward off the chill.

The door to Wurlitzer's was recessed into an alcove, and in the late afternoon of a cloudy day, the entrance was dark. As I turned to step into the blackness, a towering figure suddenly emerged. I ran right into him before I even knew he was there.


I stepped back, unnerved from the collision, but then I was even more surprised when I looked up and realized who it was.

When I walked into the store, the guys inside were talking about Ocasek's visit. I had just missed seeing Ric and a couple of the sales guys having fun with an impromptu jam session.

I've played in several bands and have performed Ocasek songs in all of them. The first was a Boston area rock band called Bluestone in the early '80's, and we did three – My Best Friend's Girl, Good Times Roll, and You're All I've Got Tonight. The Cars were big at the time, and those songs were well known to our audience. We would have done a few more of his tunes, but we didn't want to become known as a Cars tribute band. His songs were that good, producing many songs covered by bands like mine.

A year or so later, I left Bluestone and my brother David and I played as a duo. My Best Friend's Girl was in our set. We reviewed our song list before our first gig, a Friday night show at an American Legion hall in a small upstate New York town. We knew the audience would be primarily farmers and working-class men, with a few women – people who likely would not much appreciate rock songs like the Cars. We also played some oldies rock, country rock, and some outlaw country, like Willie Nelson and Waylon Jennings. After looking over our material, we discarded a few songs and added some that would be a better fit for this small-town crowd. We were ready to remove the Ocasek song from the list, but David had an idea.

"Why don't I play a country bass part?"

It involved a simple change – from the driving bass featured on the original, to the simpler, root/fifth pattern, commonly used in country music (and other genres.) It sounded like a great idea, and it sounded even better when we tried it. In fact, it was perfect. It turned this new wave rock song into something that would fit right in with a country crowd.

The night of the gig, we launched into our set and when we started My Best Friend's Girl, no one except one young guy even turned a head. This guy had been sitting at the bar with his back to us. When he heard the opening chords, he turned, smiled and pointed a finger, clearly an "I see what you're doing" gesture. After the set, he walked over, still smiling.

"I know what you guys did with that song. A country bass line in a new wave song."

"What did you think?"

"I think it's great." He waved his hand at the people in the bar. "Well done, guys. They don't know the difference, and I'm not telling on you."

Music has long been important to me and many people. Performers like Ric Ocasek enriched our lives with their talents and memorable songs. He was also a guy who figured into two memories that always make me smile. Thanks Ric, for the music, the inspiration, and the memories.

Larry Manch is an author, teacher, guitar player, freelance writer, and columnist. His books include: 'Twisted Logic: 50 Edgy Flash Fiction Stories', 'The Toughest Hundred Dollars & Other Rock & Roll Stories', 'A Sports Junkie', 'The Avery Appointment', 'Between the Fuzzy Parts', 'Beyond the Fuzzy Parts,' 'Jonathan Stephens Is Just A Kid', 'Jonathan Stephens Is Moving', 'Suspended Logic', 'Descended From Royalty,' and 'Covering the Astros.' His books are available in paperback (some in e-book.)

He writes about sports for Season Tickets, food and travel on Miles & Meals, and music/guitars on The Backbeat.