They Left Us Too Soon 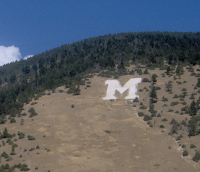 Dealing with death is never easy. As we grow older, it is inevitable that we will lose grandparents, parents, aunts, and uncles. Even when they live to old age, it is still sad. Just as difficult is the death of a sibling – especially if he or she was younger. Losing family, whether old or young, is one of the most difficult things any of us will deal with – a blood relative, a spouse, or a child.
Read more »
Posted by Larry at 10:34 AM 16 comments: 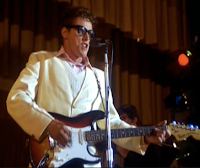 We have seen plenty of biographical films of music legends; some of them good and some not so good. The best performances by an actor (male or female) made you forget that the actor was playing a role – they played the part so well that they became their subject. This is especially true when the actor sings and/or plays an instrument in their portrayal of a real life figure. Those of us that play instruments notice and appreciate when we see that such an actor can really play a guitar or piano; not just pretend to play. Not every actor is able to take their performance to such an extent, but when it happens, it makes them more believable in their role as a well-known musician.