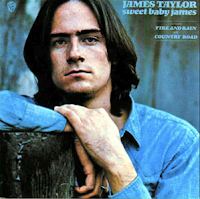 We drove all night, arriving around dawn. We staggered wearily into the hotel restaurant, and as I sat there mesmerized by the aroma of coffee, eggs, and bacon, it slowly dawned on me through the fog of fatigue that music was playing in the room.

The first song I was aware of was a slow, quiet song – a mellow-voiced man singing about “Sweet dreams and Flying Machines in pieces on the ground”. The album continued to play, and as I listened more closely to the songs, I realized that I was hearing something special but I had no idea who the singer was.

This piece is a chapter in the new book The Toughest Hundred Dollars & Other Rock & Roll Stories by Larry Manch. The book is available for purchase in e-book form at the Kindle Store on Amazon.com.

Larry Manch is an author, teacher, guitar player, freelance writer, and columnist. His books include: 'The Toughest Hundred Dollars & Other Rock & Roll Stories', 'A Sports Junkie', 'The Avery Appointment', 'Between the Fuzzy Parts'.

He also writes about baseball for Climbing Tal's Hill, food and travel on Miles & Meals, and music/guitars on The Backbeat.

He lives in Central Texas with his wife and family.