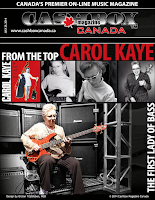 Author's Note: If the reader wants to know what Kaye is really like, I present to you her response to my article. The caps and punctuation are hers. (See below.)

Carol Kaye is one of the most renowned musicians in pop music history, as a guitarist and bassist. She played on thousands of hit records during a long career as a session musician – a sort of anonymous profession. Studio musicians like her were well paid, but rarely received credit, so it is a good thing that Kaye, for one, is becoming better known and is getting recognition for decades of brilliant work.

Kaye played guitar and bass on approximately 10,000 recording sessions in fifty plus years in the business as a Los Angeles first call session player in the loose association of studio players later known as The Wrecking Crew. Her guitar session work includes acoustic rhythm guitar on Ritchie Valens' hit songs La Bamba and Donna, The Righteous Brothers' You've Lost That Lovin' Feelin', and electric rhythm on the The Crystals' Then He Kissed Me, sessions for Sonny and Cher, and Frank Zappa.

Her bass lines are clearly heard on the opening of Glen Campbell's 1968 hit Wichita Lineman, Sonny and Cher's The Beat Goes On, Nancy Sinatra's These Boots Are Made For Walkin', the Monkees I'm A Believer, the television theme songs for M.A.S.H., and the memorable funky lines for Mission: Impossible. She did sessions for the Beach Boys, Frank Sinatra, Simon and Garfunkel, Joe Cocker, Elvis Presley, Dean Martin… 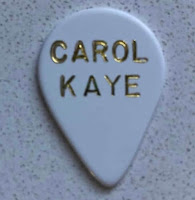 Kaye received her first guitar at age 13 from her mother, and by the next year, she was making money giving lessons. A few years later, a guitar teacher helped get her started in the LA jazz club scene playing bebop. She was happy playing jazz, with some touring involved, when record producer Bumps Blackwell saw her playing in a nightclub and asked her to do a session for Sam Cooke. That gig led to more studio work and although she was enjoying the nightclub jazz scene, she quickly realized that session work paid a lot more money.

More studio work on guitar followed until Kaye was asked one day to play bass when the scheduled bass player was a no-show. She was a natural on the instrument and it didn't take long before she was the first choice of most producers and artists in the extremely busy L.A. studio community. She worked regularly with session greats Hal Blaine and Earl Palmer, (drums) James Burton, Glen Campbell, Al Casey, Tommy Tedesco, (guitar) Leon Russell, Don Randi, Larry Knechtel, (keyboards) and others. She was one of the elite group of first call session players, a highly respected musician.

For much of the 1960's and 1970's, a working, single mother with three children, Kaye was the most sought-after bassist in the huge Los Angeles studio scene. The 'first call' players are just what you expect from the name – the first to be called by producers and artists when putting together recording sessions. Obviously, only the best of the best achieve such status, and Kaye was the one on bass. 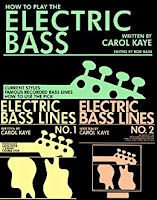 It’s not hard to figure out that the studio scene was dominated by men, with Kaye being the only woman reported to have been a member of what drummer Hal Blaine later dubbed The Wrecking Crew (Kaye has repeatedly downplayed that term, saying they were never called by that name.) It is significant that no other women broke into this elite group (there were women among the singers at many sessions, but not instrumentalists.) Kaye was there because of her skills, and she remained because of her prowess and ability to come up with bass lines that perfectly and often uniquely, fit the songs.

Record producer Quincy Jones said in his book that Kaye: "… could do anything and leave the men in the dust."

Jimi Hendrix drummer Mitch Mitchell: "She was brilliant, scared the shit out of me."

After many years of daily sessions, Kaye moved on to television and film soundtracks. She wrote a number of books on electric bass technique and gave occasional lessons. Her interview segments from the Denny Tedesco film The Wrecking Crew are insightful and her personality comes through. It is clear from those bits that she thoroughly enjoyed session work, being part of that exclusive club of top-rated musicians, and that she was more than capable of holding her own as a woman in an industry dominated by men.

Carol Kaye had the vision and the technique to play the right bass part for the song and the type of music, and her body of work has stood the test of time. We still hear thousands of the songs with her on bass. Without Kaye, someone, of course, would have played bass on those songs, but it's safe to say it would not have been the same.

There is no substitute for first call – the best of the best. On bass, that would be the great Carol Kaye.

Author's Note: If the reader wants to know what Kaye is really like, I present to you her response to my article. The caps and punctuation are hers:

"STOP WITH THE SLANDER!! DON'T SEND ME YOUR IGNORANCE.......you NEVER RESEARCHED MY WEBSITE AND I'M GOING TO PUT THAT UP ON FACEBOOK!  ABOUT YOUR IGNORANCE.......HOW WOULD YOU LIKE TO BE CALLED "HE DOESN'T LIKE THAT TERM"  WHEN YOU'RE BEING A TERM THAT'S A LIE AND SLANDER TO YOU AND YOUR FAMILY????????????????  STOP BEING STUPID AND IGNORANT!!!  I read it, it's HORRIBLE AND LIES AND HEARSAY AND IGNORANCE....my fans will jump all over you for your IGNORANCE!!!  TAKE IT DOWN!!"


Larry Manch is an author, teacher, guitar player, freelance writer, and columnist. His books include: 'Twisted Logic: 50 Edgy Flash Fiction Stories', 'The Toughest Hundred Dollars & Other Rock & Roll Stories','A Sports Junkie', 'The Avery Appointment', 'Between the Fuzzy Parts', and 'Jonathan Stephens Is Just A Kid'. His books are available in paperback and e-book.
He writes about sports for Season Tickets, food and travel on Miles & Meals, and music/guitars on The Backbeat.
Follow @Season Tickets